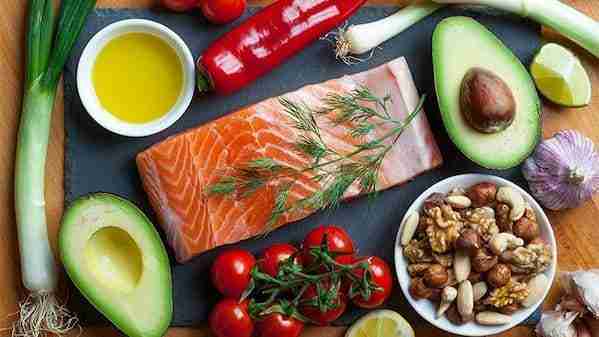 Eating a low-carb diet has long been recommended as a popular fat loss strategy. But some nutrition experts and doctors advise not to do so due to the misconception that it can increase the risk of heart disease. Their advice is based on the reasoning that such diets usually involve consuming lots of saturated fats, the kind found in butter and red meat.

Let’s find out the facts about: “Can a Low-Carb Diet Help Your Heart Health and the science behind it.”

A new research study, one of the most rigorous and largest trials of the subject to date, shows that going on a diet low in carbs and higher in fats may be beneficial for our cardiovascular health if we are overweight.

This new study was published in the American Journal of Clinical Nutrition. It reported that overweight and obese individuals who reduced the amount of refined carbs and increased healthy fat intake in their diet (while consuming fiber-rich foods such as fresh fruits, vegetables, beans, lentils, and nuts) had greater improvements in their cardiovascular disease risk factors compared to those who ate a similar diet that was higher in carbohydrates and lower in fat. Even people who replaced “healthy” whole grain carbohydrates such as whole-wheat bread and brown rice with foods higher in healthy fat achieved remarkable improvements in many metabolic disease risk factors.

Dr. Dariush Mozaffarian, a cardiologist and dean of the Friedman School of Nutrition Science and Policy at Tufts University, says: “The study suggests that eating fewer processed carbs while eating more fat can be good for your heart health. However, Dr. Mozaffarian was not involved with the research. He further says: “I think this is an important study. Most Americans still believe that low-fat foods are healthier for them, and this trial reveals that at least for these outcomes, the high-fat, low-carb group did better.”

But, Dr. Mozaffarian emphasized, the types and balance of fats you consume are also very critical. Typically, the people who eat the low-carb diet tend to consume foods such as butter, red meat, and whole milk, which is high in saturated fats, and that is where they go wrong. So along with a low-carb diet, you should make sure that most of the fat in your diet — about two-thirds — should be unsaturated, the kind of fat that is mainly found in fish, olive oil, avocados, nuts, and seeds.

Dr. Mozaffarian added: “It was a well-controlled trial that showed that going on a lower carb and more saturated fat diet is, in fact, good for us, as long as we eat plenty of unsaturated fats and are mostly on a Mediterranean-type diet.”

[Read here about fat types & which fat type you should eat]

Many doctors now recommend a traditional Mediterranean-style diet high in fruits and vegetables, fish, and heart-healthy fats like nuts, seeds, and olive oil for cardiovascular health. Some other reputed studies have also found that practicing a Mediterranean diet can help to fend off heart attacks and strokes.

[Read here what a Mediterranean diet consist of]

The new study involved 164 overweight and obese adults, mostly women. First, the participants were assigned to follow strict, low-calorie diets that reduced their body weights by about twelve percent. Then they were each put on one of three diets in which twenty percent, forty percent, or sixty percent of their calories came from carbs.

Protein was maintained steady at twenty percent of calories in each diet, with the remaining calories coming from fat. Thus, the participants were provided just enough calories to maintain their weights stable. The participants followed the eating plans for 5 months, and all of their meals provided were to make sure that they stuck to their diets.

An average American has about fifty percent of their daily calories from carbohydrates, most of them in the form of highly processed starchy foods like bread, pastries, doughnuts, and other sugary foods and beverages. In the said new study, the low-carb group consumes significantly fewer carbohydrates than an average American. However, they were NOT put on a super-low-carb ketogenic diet, which ruthlessly restricts carbohydrates to less than ten percent of daily calories and compels the body to burn fat instead of carbs. Nor did they consume unlimited amounts of foods rich in saturated fats like steak, bacon, and butter.

After 5 months, participants on the low-carb diet did not have any harmful changes in their cholesterol levels, despite consuming 21 percent of their daily calories from saturated fat. This amount is more than double what the federal government’s dietary guidelines recommend. For example, their LDL cholesterol, the so-called bad type, remained about the same as those put on the high-carb diet, who got just seven percent of their daily calories from saturated fat. Tests also revealed that the low-carb group had about a 15 percent drop in their lipoprotein levels, a fatty particle in the blood that is closely associated with the development of heart disease and strokes.

The low-carb group also gained improvements in metabolic conditions associated with the development of Type 2 diabetes. The researchers measured their lipoprotein insulin resistance numbers (LPIR), a measure of insulin resistance that examines the size and concentration of cholesterol-carrying molecules in the blood. Large studies have shown that individuals with high LPIR numbers are more prone to develop diabetes. In the new study, individuals on the low-carb diet experienced their LPIR numbers fall by fifteen percent — lowering their diabetes risk. On the other hand, the participants on the high-carb diet depicted their numbers increased by ten percent. And, the individuals on the moderate carb diet had no change in their LPIR numbers.

That’s not all; the low-carb diet provided other benefits, such as reducing triglycerides, a type of fat in the blood that is associated with heart attacks and strokes. Moreover, the low-carb diet participants also experienced increased levels of adiponectin. This hormone helps decrease inflammation and makes cells more sensitive to insulin, which is good. High levels of body-wide inflammation are associated with a range of age-related illnesses, including heart disease and diabetes.

To quote Dr. David Ludwig, an author of the study and an endocrinologist at Harvard Medical School: “The low-carb diet that was employed in the study mostly eliminated highly processed and sugary foods while leaving room for “high quality” carbohydrates from whole fruits and vegetables, beans, legumes, and other plants. Thus, this diet primarily focused on eliminating the processed carbs, which many people now realize are among the least healthful side of our food supply.”

[Read here main sources of added sugar in your diet]

Dr. Ludwig is also co-director of the New Balance Foundation Obesity Prevention Center at Boston Children’s Hospital. He emphasized that the new study doesn’t support the extremely low carb levels type diets, such as ketogenic diets, which have been found to cause sharp increases in LDL cholesterol in some people. However, he said the new study does show that people can gain metabolic and cardiovascular benefits by replacing the processed carbs in their diets with fat, including saturated fat, without worsening their cholesterol levels.

According to Linda Van Horn, a nutrition expert, who was not involved with the new study and who has served on the federal government’s dietary guidelines advisory committee: “The low-carb group participants were fed large amounts of unsaturated fat and fiber-rich vegetables — both of which are known to have beneficial effects on cholesterol and cardiovascular risk factors. For example, the low carb participants were assigned to eat an average of 22 grams of fiber per day, which is more than the average American typically consumes.”

[Read here how you can increase dietary fiber intake]

Personal Fitness Trainer Course, Nutrition Health Coach course & Specialist Exercise Therapy course from ISSA, USA obtaining + 97% marks. He shares his experience and knowledge about nutrition and effective workouts to get you in the best shape of your life, no matter how old you may be. The author says: “For me, age is just a number!”