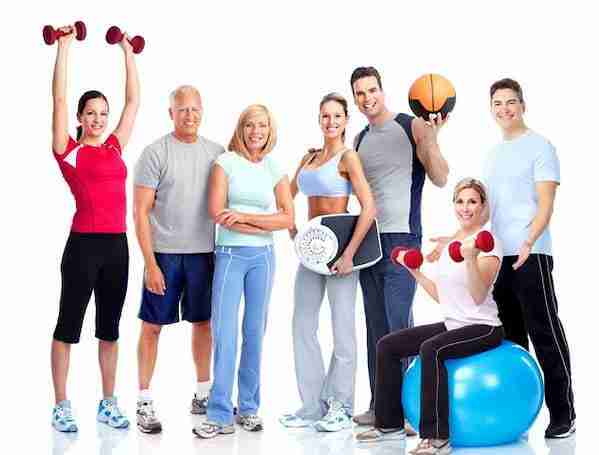 I understand that we all would like to live a healthy and independent life for as long as possible.

Humans have been searching for a workable solution to maintain the fountain of youth for centuries, and the search continues to this very day. A recent study even found that for seventy-seven % of Americans, “aging gracefully” is one of their top priorities. Furthermore, that same research also reported that fifty-four % (over half of Americans) have tried at one or more times an anti-aging tip or “hack” they saw on YouTube. (Source)

The click-bait ads and videos may incite you momentarily, but the best way to maintain your body young is to live a well-rounded, healthy lifestyle. Of course, you’ve heard it your entire life, but it deserves repeating: Eat clean. Sleep well. Exercise. Making these health pillars part of your lifestyle will certainly help slow down the aging process and keep you perpetually young, as much as can be reasonably expected.

Most Effective Exercise To Slow Down Aging After 50

As per a study published in the scientific journal, eating a Mediterranean diet, a diet that typically includes lots of fish, fruit, vegetables, and nuts, promotes physical health, optimal aging, and a robust brain well into old age. (Source)

[Read here: What is MEDITERRANEAN?]

On the other hand, another study published in Obesity Reviews reported, obesity actively steps up the bodily aging process. (Source)

Though exercise looks to be hard work to most people but it pays off. If you want to slow down your aging, there are no shortcuts.  You have to put in the work. The good news is it’s never too late to get started, particularly when it comes to exercise. Plenty of research shows that even older adults after the age of fifty can fight the effects of aging by following a few exercise habits and routines.

Another new research tells that the two exercise methods that can slow down the aging process by preventing cellular aging are HIIT (high-intensity interval training) and endurance training.

According to this research, HIIT (High-intensity interval training) and endurance training are the best exercise methods to slow down cellular aging.

Read on about the most effective anti-aging exercises that slow down the aging process, all backed by science.

HIIT combines short bursts of intense movement followed by a shorter recovery period (rest) intervals – repeated cyclically.  Intense work intervals typically last from fifteen seconds to four minutes and are generally performed to achieve 80% to 95% of a person’s maximum heart rate. Recovery (rest) intervals are of the same duration but are performed at a much lower intensity – 40% to 50% of a person’s maximum heart rate. The intense work and recovery intervals are repeated several times, consisting of a quick workout session between ten to forty minutes total. A HIIT regimen can involve bodyweight exercises, treadmills or rowing machines, free weights, or no equipment at all.

Here’s a sample ten-minute beginner HIIT workout session, comprising of three rounds using no equipment. For each step, use intensive effort for forty-five seconds, then recovery interval for fifteen seconds:

That is just one example. You can vary the exercises, so swap in your favorite moves.

A common problem that occurs with growing age is a cognitive decline or difficulty remembering details. Even you might have noticed that you’ve become a bit more forgetful lately.  But, according to one study, just six months of regular aerobic exercise can help reverse the effect of aging on the brain. In this study, over 200 older adults with an average age of 66 participated.

They were subjected to a series of cognition and memory tests before the start of the research study. Then, after completing a six-month aerobic exercise program (three sessions per week), the participants took another round of cognitive tests. All the older adults showed much better results on the cognitive tests after completion of the aerobics program. Specifically, the mental flexibility score increased by 5.7%, and verbal fluency (the ability to recall information) improved by 2.4%. (Source)

The lead author Marc J. Poulin of this study explained: “Six months’ worth of vigorous exercise may pump blood to regions of the brain that specifically not only improve your verbal skills but also mental and memory sharpness.

Sooner or later, we all realize that we lose a bit, eventually physically and mentally, as we age. But if we start an exercise program even later in life, the benefit to our brain may be enormous. Thus, the findings of this study are important, particularly for older adults at risk for Alzheimer’s and other and brain & dementia disease.

Here is good news for those who don’t have a liking for exercise. If you don’t fancy traditional workout variations, consider learning a few dance moves. According to a research study published in Frontiers in Human Neuroscience: “Dancing maybe even more effective at turning back the hands of time than other forms of exercise. (Source)

Researchers separated a group of older adults into two cohorts. One group was taught a variety of new dance routines for 18 months, while another engaged in a series of endurance exercises for the same time. Now, while both groups showed signs of reversed aging within their brains, it was only the dancing group that also showed marked improvements in their balance. All in all, the research makes a strong case that dancing can slow two common complaints associated with old age: cognitive decline and poor balance.

The lead author Dr. Kathrin Rehfeld, based at the German Center for Neurodegenerative Diseases, Magdeburg, Germany, says: “This study shows that two different types of physical exercise (endurance training and dancing) both improve the area of the brain that deteriorates as we age. In comparison, it’s only dancing that leads to visible behavioral changes in terms of improved balance.”

Undoubtedly, physical activity is one of the key lifestyle factors that counteract various risk factors and slow down age-related decline. But I believe dancing is a potent tool to set new challenges for the mind and body, particularly in older age.

There are several reasons, particularly nowadays, to maintain a more robust, younger immune system. Fortunately, science tells us that regularly going out for a cycle ride can help achieve just that.

A study published in Aging Cell explains that. This study observed and evaluated a group of regular cyclers (ages 55-79) compared to another group of similarly aged individuals living by and large a sedentary lifestyle. (Source)

As expected, the cyclists were in better overall shape. But, surprisingly, the notable finding was that the cyclists also showed immune systems usually seen in much younger individuals. Specifically, the cyclists’ thymus glands seemed much more youthful than they should have been. The thymus gland’s function in your body is to produce vital immune cells called T cells and usually start to shrink and become less effective around the age of 20. However, the cyclists’ thymuses were creating just as many T cells as a much younger person.

If cycling doesn’t interest you, go for something similar like swimming or running. The bottom line here is to find an enjoyable exercise with which you are more likely to stick consistently.

Choose an exercise that you enjoy in whatever format suits you and make a regular habit of doing physical activities. You will reap the benefits in later life by enjoying an active, independent, and productive old age. 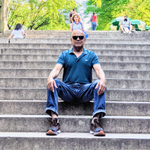 Personal Fitness Trainer Course, Nutrition Health Coach course & Specialist Exercise Therapy course from ISSA, USA obtaining + 97% marks. He shares his experience and knowledge about nutrition and effective workouts to get you in the best shape of your life, no matter how old you may be. The author says: “For me, age is just a number!”