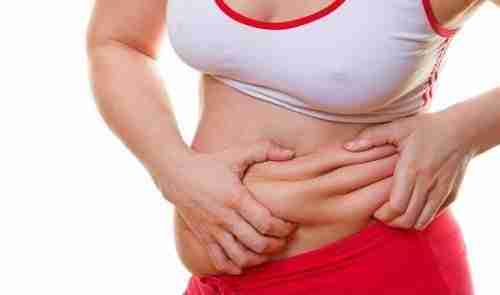 Struggling to shed inches from your waistline: Which is better option? Weight training or aerobic exercise such as jogging and running. Read on!

Cardio Or Weight Training To Lose Belly Fat – What You Should Do?

Let us probe it a little further.

Few years ago, Harvard researches reported in the online journal “Obesity” that the men who were performing daily twenty minutes of weight training gained less of abdominal fat than those who spent equal amount of time performing aerobic activities.

It was also reported: Though the men who were doing aerobic exercise shed more weight as compared to those who did weight training (like lifting), but their waist circumference nonetheless continued to increase.

Weight Training Is Better Than Cardio For Losing Belly Fat!

Rania Mekary – Lead author of the study, a researcher from the Harvard School of Public Health and Assistant Professor at MCPHS University in Boston expounded further: “While weight training adds muscle mass – something you lose naturally as you get older, the aerobic exercise makes you lose both fat as well as muscle mass.” This view is also supported by another study.

Now you know the reason, why the individuals who do marathons are so slim and don’t have much of muscle mass.

But as you age, you need an activity that can help you gain or at least retain muscle mass.

The study tracked the physical activity, body weight and waist circumference of 10,500 healthy middle-aged American men (aged 40 and older) over 12 years, between 1996 and 2008. These men were actually participating in a Health Professionals Follow-up study. It was observed that the participants who increased the amount of time spent on weight training by just twenty minutes per day had less gain in waist circumference than those who increased moderate to intensive aerobic workout by a similar amount.

Needless to say, the participants who increased the amount of time spent in sedentary activities like watching TV, had the highest increase in their waist circumference.

Based on another study done by weight loss expert Kathryn Schmitz, a professor at the Perelman School of Medicine of the University of Pennsylvania, it was reported that the results would be similar for women. This study was a 2-year intervention done on premenopausal women who did weight training only twice a week. The participants were asked not to make any dietary changes or do any aerobic activity. It was found that the twice-weekly weight training remarkably prevented fat gain around waistlines in women as against those who did not.

According to Ron DeAngelo, director of Sports Performance Training at the University of Pittsburgh Medical Center: Weight training not only boosts up your metabolism rate, but also helps you build lean body. Consequently, weight training makes you burn greater amount of calories – even when you are resting.

DeAngelo recommended: “The best option would be combining both weight training as well as high intensity cardio. It ‘s much better than jogging endless miles or going for very long walks.

(i) You can do weight training at a gym or in your home (Gym At Home With Dumbbells).

(ii) Women can begin with 5 or 10-pound dumbbells. Men can start with heavier weights.

Coming back to the study, the lesson it gives us is that strength/weight training provides something extra (Lifters shed more abdominal fat than those who don’t pump iron), which we can’t get from other types of exercise.