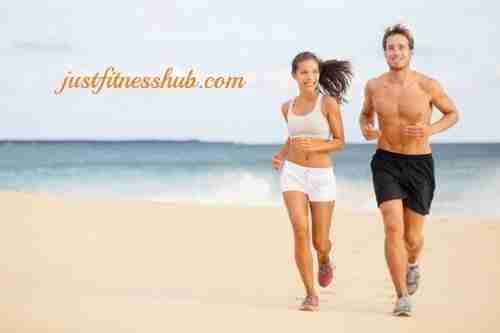 Many people often use the words running and jogging interchangeably, but in fact they are actually different. A layman sees jogging as something you do to stay in shape or for fun, while running is something you do if you’re participating in a race.

Let us find out what’s the real difference between running and jogging?

From a professional point of view, the apparent difference between jogging and running is the pace and intensity.

While jogging is defined as “running at speeds of less than 6 mph”, running is seen as anything faster than 6 mph.

Other differences include form, effects on your body, how your body burns calories and how your muscles react to the two exercises.

Effects on the Body

If you run — that is, if your pace is more than 6 mph — obviously your feet will strike the ground more often than if you jog. As per an article published in “The New York Daily News” in 2010, recreational jogging should not harm healthy knees. On the contrary, running can be hard on your knees, particularly if you do it on uneven terrain or for long stretches.

Running has also been shown as a better fat burner than jogging.

In another “International Journal of Obesity”, April 2008 study it was reported that high-intensity exercises like running burn a much higher amount of total body mass and fat mass than slower, steady-state exercise such as jogging.

While running, your feet spend less time touching the ground as you move forward. Though only a small difference, but it recruits and activates your muscles differently. As per the “Journal of Sports Sciences” October 2005 study, your running pace affects the activation of the muscles in your glutes, hamstrings, quadriceps, shins and calves. The study reported that the faster you move, the more your muscles are activated.

A big bonus you get by doing an intensive exercise (such as running) is that it leads to an exercise after-burn or excess post-exercise oxygen consumption. The more your body works beyond its comfort zone, as it does while performing an intense work out like fast running, the more it consumes its oxygen reserves. Your body then requires to work hard, even after you halt exercising, to replenish your oxygen levels. This process needs energy and involves continued calorie burn up to 48-hours after you’ve stopped exercising.

(i) Remember to begin your jogging or running with a 5- to 10-minute warm-up such as walking or light jogging. This will ensure warming up of your muscles and slowly increasing your heart rate and blood circulation.

(ii) Similarly, end your your jogging or running with a 5- to 10-minute cool-down like a walk or light jog to slowly return your body to the pre-exercise state.

(iii) If you have not been into exercising, doing it after a very long gap or have chronic conditions and are contemplating to do longer jogs or faster runs, talk to your doctor first.

Stay tuned in! Will be writing more on running!!