Home Health And Wellnes How To Increase Iron Absorption From Foods? 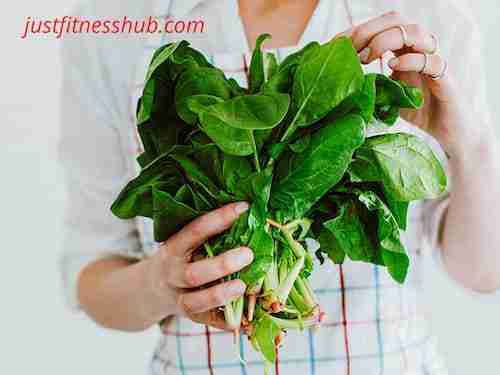 Are you suffering from iron-deficiency anemia? Don’t worry! Read on to find what can help increase your levels of iron mineral quickly and fight the symptoms of anemia.

Iron helps in producing hemoglobin, a protein in red blood cells that facilitates transport oxygen all through your body.

It also contributes in maintaining healthy hair, skin, and nails.

You become iron deficient (or have iron-deficiency anemia), when your body lacks ability to produce adequate healthy red blood cells. This condition can cause fatigue, shortness of breath, and many other complications.

Here’s what you need to know about how to increase iron levels quickly in your body.

What you eat — and when you eat it — can influence iron absorption in your body. Here are some effective ways to work more of this mineral into your diet.

Actually, it’s not only important what foods you eat, but also how well they are absorbed into your body (Source 1).

Iron is present in foods in the following two forms:

Heme Iron: It’s the most readily absorbable form of iron, and found in shellfish, fish, red meat and poultry.

So, remember that the foods that contain high iron content aren’t necessarily the best sources of iron. For example, by weight, soybeans contain nearly twice the iron of beef. But roughly only 7% of the iron in soybeans can get absorbed. Spinach is also high in iron, but about 2% of the iron in cooked spinach get absorbed.

What Foods Are High In Iron?

Let’s now see what are the best food sources of these two iron forms, before I tell you the ways to increase absorption of iron from foods:

You can obtain heme iron from animal foods, like meat, fish and poultry.

Heme iron is believed to be the best form of iron because up to forty percent of it can be readily absorbed by your body (Source 2).

Food sources that are rich in heme iron include:

Red meats and organ meats such as liver are especially good sources.

Non-heme iron primarily can be from plant sources and is found in grains, vegetables and fortified foods.

This is the form added to foods fortified or enriched with iron, and many supplements.

Food sources of non-heme iron include:

Note: People who eat meat consume both the forms of iron. But, because non-meat food source contain non-heme iron only and as the body does not absorb non-heme iron so efficiently, vegetarians and vegans are at higher risk of developing anemia than meat-eaters. So, they need to increase their intake of iron-rich, plant-based foods to absorb the same amount of iron as those who eat meat.

What Foods To Eat To Help Absorb Iron?

We have seen above that iron absorption is influenced by the form of iron (whether – heme or non-heme) that we eat. In addition, there are certain foods that enhance absorption of iron and some other inhibit its absorption.

Not all dietary iron is absorbed equally, some foods can increase your body’s ability to absorb it.

In one study, it was shown that taking 100 mg of vitamin C with a meal enhanced iron absorption by 67% (Source 5).

While you’re eating foods high in iron, you can drink citrus juice or eat other foods rich in vitamin C to optimize iron absorption by your body.

If you are vegetarian or vegan, you can increase iron absorption by including vegetables or other foods containing vitamin C in the same meals as iron-rich foods (Source 6).

(i) Drink a glass of orange juice, without added sugar (preferably fresh), with a fortified breakfast cereal. Or you can eat one or two orange(s) instead of juice.

(ii) Eat a salad having peppers and tomatoes along side a steak or lentils.

(iii) Sprinkle some lemon juice over leafy greens to enhance the iron absorption.

[Read this for: How To Get “Vitamin C” Naturally]

Foods With Vitamin A and Beta-Carotene

In one study 100 people were given cereal-based meals. It was shown that the presence of vitamin A enhanced absorption of iron by up to 200% for rice, 80% for wheat and 140% for corn (Source 7).

In the same study, adding beta-carotene to the meals enhanced iron absorption more than 300% for rice and 180% for wheat and corn (Source 8).

Beta-carotene is a red-orange color pigment present in plants and fruits. It can be transformed into vitamin A in your body.

As explained above heme iron is much more readily absorbed by your body than the non-heme iron. And meat, fish and poultry on one hand provide well-absorbable heme iron, on the other they also stimulate absorption of the non-heme form.

There are several studies that have shown that pairing of beef, fish or chicken with a cereal-based meal resulted in to about 2–3 times higher non-heme iron absorption (Source 9).

Study has also found that including 75 grams of meat in to a meal enhanced non-heme iron absorption of by about 2.5 times, as compared to a meal without meat (Source 10).

Based on research findings, it was estimated that one gram of meat, fish or poultry offered an increasing effect similar to that of 1 mg of vitamin C (Source 10).

Note: Though iron is present in spinach, tofu and legumes do contain, but plant-based (that is non-heme) iron isn’t as readily absorbable as iron from meat. Only about 2 to 20 % of non-heme iron makes its way from your digestive tract into your blood as compared about 15 to 35 % from animal foods.

Just as some foods can improve iron absorption, others can hinder it.

What Blocks The Absorption Of Iron?

Let’s see what causes poor absorption of iron by the body?

Phytates believed to interfere with the iron absorption and other nutrients if consumed in large quantities. However, evidence for this is somewhat varied and not fully conclusive.

However, the negative influence of phytate can be offset by consuming foods that increase non-heme iron absorption, such as vitamin C or meat.

Coffee and tea, both contain high amounts of polyphenols (tannins). They have been shown to obstruct absorption of non-heme iron. Though they are widely taken after meals, but you avoid drinking these beverages of around your meals (Source 12).

Bonus Tip: To offset the negative impact of polyphenols, make sure you drink coffee or tea (including decaf, though herbal is okay) at least a few hours before (or after) an iron-rich meal and/or supplements.

Though, calcium is an important mineral for bone health, but some people believe that it inhibits iron absorption – whether the source is calcium supplement or a dairy product.

This is something confusing, as enhanced calcium intake is generally recommended for children and women, the same populations that are at risk of iron deficiency.

So, just to be on safer side, to optimize iron absorption try to avoid eating calcium supplement or calcium rich foods along with dietary iron.

Also try to eat calcium and iron supplements at different times of the day.

Some Home Remedies That May Help Boost Iron Intake

(i) Mix 1/2 cup of apple juice with 1/2 of beetroot (chukandar) juice. Add a tea spoon of honey and stir well. Drink this juice twice a day.

(ii) Soak 2-3 teaspoons of fenugreek seeds (methi) overnight. Mix these with a handful of rice & cook in the pressure cooker to prepare methi rice. Add salt to taste. Eat methi rice everyday for a month.

(iii) Soak black sesame seeds (til) in warm water for two hours. Grind them to paste and add honey or jaggery (gur) to it. Mix well. Put this in a glass of milk and have it everyday.

(iv) Apple is full of many healthy nutrients, including iron. Eat one apple with its skin daily as a snack in between your main meals.

(iv) Humble banana is an iron rich fruit. Besides iron, it is also a good source of folic acid which is a B-complex vitamin that is needed to make red blood cells. Banana helps promote creation of haemoglobin in the blood too.

If you are iron deficient, you may not be able to improve your iron levels hugely through diet. Because the amount of iron contained in food is not so large. Though foods such as shellfish and liver offer high amounts of iron, but they neither commonly available nor even recommended for daily consumption, due to their high cholesterol level contents.

If you are considering taking iron supplements, our recommendation is to check with your doctor before you start taking them. Overdosing your body with iron can be hazardous because too much iron accumulation can damage your liver and cause many other complications, including diabetes, heart disease (Source 13, Source 14).

However, Iron toxicity from food sources is rare. Once you it is consume iron rich foods, your body has its own balancing mechanism to ensure that it gets just enough.

Nevertheless, deadly overloading can occur with too much intakes of iron supplements (Source 15).

Note: You should never take an iron supplement unless a health professional has recommended it for you.

Bonus tip to help optimize efficacy of iron supplements: As explained above, calcium can interfere with iron absorption. So make sure to take them at different times during the day.

Watch this video to learn how you can get vitamin D from Sun:

Personal Fitness Trainer Course, Nutrition Health Coach course & Specialist Exercise Therapy course from ISSA, USA obtaining + 97% marks. He shares his experience and knowledge about nutrition and effective workouts to get you in the best shape of your life, no matter how old you may be. The author says: “For me age is just a number!”